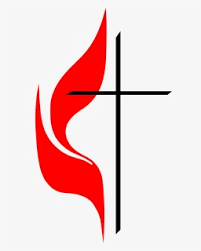 Born April 6, 1929, in Tiro, Ohio to the late Luther O. and Sara (Betts) Graham, he graduated from Tiro High School in 1947. He then earned his Bachelor’s Degree from Bluffton University, Bluffton, Ohio in 1951, Master of Divinity from United Theological Seminary, Dayton, OH in 1953, and Honorary Doctor of Divinity from Otterbein College, Westerville, OH in 1970.

Joe lived a life of service and was a devout United Methodist pastor. He was heavily involved in the churches that he served as well as the denomination as a whole. He served churches in Pasco, Sandusky, Lima, Hamilton, and Dayton.  He served as the Findlay District Superintendent of the E.U.B. Church and as the District Superintendent for the Athens District of the United Methodist Church. He served as Board Chairman of the Trustees of the Otterbein Retirement Community and later served and retired as the Administrator of the Twin Towers Retirement Community.  He was a delegate to both the General Conference and North Central Jurisdiction for several years, where he served on a variety of committees and as the vice chairman of the General Conference in 1988. Joe was also an active participant in the Association of Ohio Philanthropic Home for the Aged (AOPHA), American Association of Homes and Services for the Aged (AAHSA), Protestant Health and Human Services Association (PHHA), and United Methodist Association of Health and Welfare Ministries, section on Aging.

Visitation for family and friends will be held on Monday, April 4, 2022, from 10:00 a.m. until 11:00 a.m. at the Barkdull Funeral Home & Crematory, 33 N. Gamble St., Shelby, OH 44875. Funeral services will take place after visitation at 11:00 a.m. with Rev. Donald Neuman officiating. A livestream of the funeral service can be viewed at facebook.com/Barkdull FH for those unable to attend in person. Graveside services will take place immediately following the funeral service on Monday at Oakland Cemetery in Tiro. A Celebration of Life service will be announced at a later date, and will be held at the Twin Towers Retirement Community in Cincinnati, where Joe and Blanch reside.

On-line condolences may be left for the family at www.barkdullfuneralhome.com

To send flowers to the family or plant a tree in memory of Joseph R Graham, please visit our floral store.