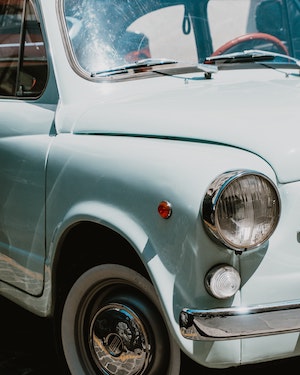 Philip A. Rita, age 76, of Shelby, passed away Thursday, June 2, 2022 at University Samaritan Hospital in Ashland.

Born February 5, 1946 in Crestline to the late Albert E. and Lafern I. (Rolle), he had been a Shelby resident since 1991. Philip worked for Taylor Metal Products and was a member of  the Galion Moose Lodge #303. He enjoyed cars and watching sports, especially the Pittsburg Steelers, Cleveland Cavaliers, and Cleveland Indians. Philip was a quiet man who kept to himself, but he enjoyed spending time with his family; his grandchildren and great-grandchildren in particular brought him much joy.

Philip was preceded in death by his parents and a son, Jeffery Rita.

In place of flowers, memorial contributions may be made to St. Jude Children's Research Hospital, or Kindred Hospice.

A celebration of Philip's life and interment at Oakland Cemetery will be held at a later date. The Barkdull Funeral Home & Crematory is honored to assist the family with their arrangements.

To send flowers to the family or plant a tree in memory of Philip A Rita, please visit our floral store.

A Memorial Tree was planted for Philip

Join in honoring their life - plant a memorial tree

You can still show your support by sending flowers directly to the family, or by planting a memorial tree in the memory of Philip A Rita
Share a memory
© 2022 Barkdull Funeral Home. All Rights Reserved. Funeral Home website by CFS & TA | Terms of Use | Privacy Policy | Accessibility