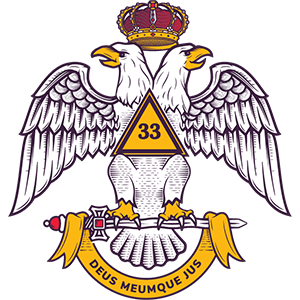 Born December 8, 1941, in Shelby to Robert W. and Hildred L. (Hardy) Crabbs, he had been a Mansfield resident for the past 35 years. Bob was a member of the 82nd Airborne serving our country during the Vietnam War as an Army Staff Sergeant.  Bob owned and operated, Bob & Bob Door Company for over 50 years, with his dearest wife, Kathleen.

Bob was associated with both the Freemasons and Eastern Star for over 50 years.  He was very involved in the Scottish Rite Freemasons. As a 33rd° Mason he served as the Grand High Priest of Ohio from 1998-1999, was a previous Master of the Shelby Masonic Lodge #350, he was also a member of many other Masonic Fraternities, he was Past Worthy Patron of Rizpah Chapter #153 of Shelby many times, and current member of Ruth Chapter #17 of Mansfield.  Other hobbies included woodworking, classic trucks, hunting, fishing, and caring for animals, especially his beloved k-9 companion Maggie.  He cherished all the time he spent with his children and grandchildren.

In addition to his parents, he was preceded in death by his wife, Kathleen S. Crabbs, whom he married on September 29, 1962; sister Virginia Totman; and two granddaughters, Crystal and Brandy Wise.

Friends may call Sunday, January 16, 2022, from 5:00 PM to 7:00 PM at the Barkdull Funeral Home & Crematory in Shelby, OH. Masonic and Eastern Star Services will follow at 7:00 PM.  An additional calling hour will be held at the funeral home Monday from 10:30 to 11:30 AM with a funeral service imminently following at 11:30 AM.  Reverend Dr. Russel Yoak will officiate with interment at a later date.

In lieu of flowers, memorial contributions may be made to Adopt American Network with checks being made out to The Royal Arch Foundation, PO Box 472; Lucasville, OH 45648

To send flowers to the family or plant a tree in memory of Robert "Bob" D. Crabbs, please visit our floral store.